Wenshu Temple over the holiday

Wenshu Temple is a hotbed of activity during the Spring Festival and had lots of extra booths set out, as usual. 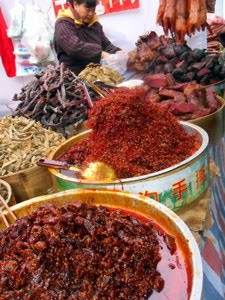 There were piles of crunchy sweets made from grains and nuts: 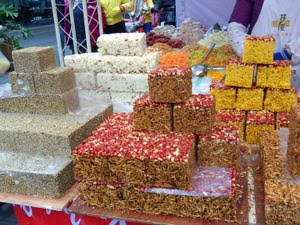 The lineup at Gong Ting Tao Su was even longer than usual. 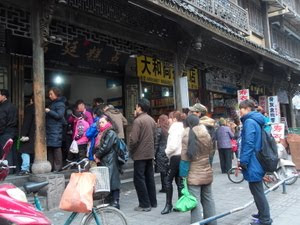 Zhang's Liang Fen was standing room only, even on the outside. 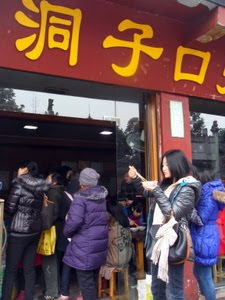 It was far easier to grab a chair across the alley at Long Chao Shou, where the servers showed great annoyance that neither I nor the three customers ahead of me had change. I hadn't eaten at Long Chao Shou in years, due to repeatedly being disappointed by their signature product, but it remains a tourist favourite so I decided to drop in.

My san he ni, which was tasty but gummy - too much sticky rice in relation to the other ingredients. 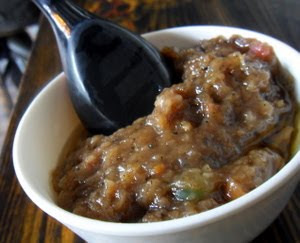 I also got an order of chao shou in mushroom broth. The chao shou had good filling and were nicely cooked, tasting much better than I remember. Though I was impressed with the dumplings, the mushroom soup tasted like it was from a mix. 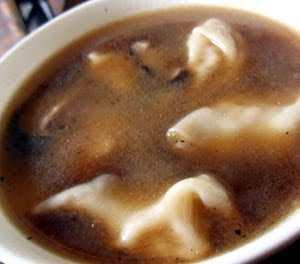