Back to Shang Palace for Dim Sum

The dim sum scene in Chengdu has changed tons since my last visit to Shang Palace in the Shangri-La hotel, and I had been meaning to get back for a while. When I heard that the Hong Kong Shang Palace had gotten another Michelin star I decided to move Shang Palace up my list.

The menu had changed since we last visited. We tried the steamed beef tripe, which was tasty, but I found it chewy and a little tough to eat. I think it's for tripe lovers only. 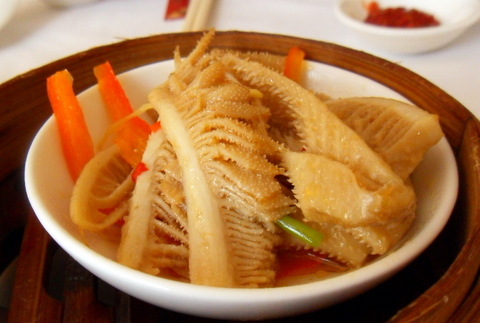 These shrimp dumplings had unfortunately sat in the steamer a bit too long. The wrappers were too soft and the bamboo shoot inside had lost its crunch. 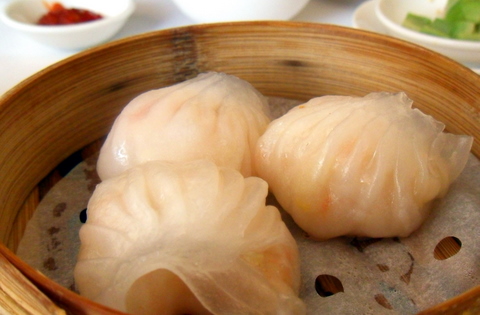 This radish cake had fantastic flavour, but was already a little cool by the time it landed on our table. 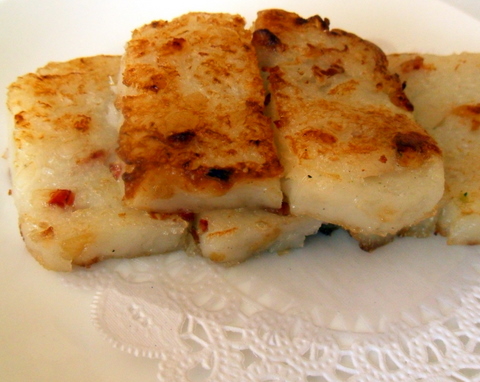 This was a new dish, peach and shrimp spring rolls.  Light and lovely. 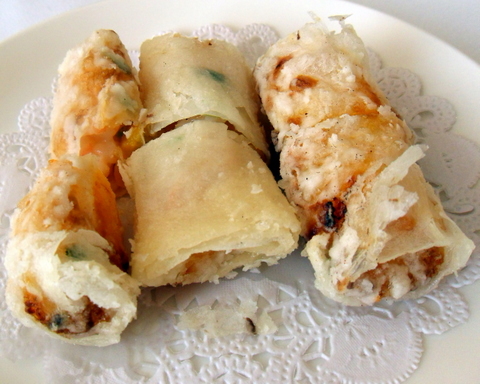 We got some dried scallop and gingko congee, It was very good, though I thought it could have had more scallop flavour. We had a lull of several minutes between getting some of our dishes. There appears to be a distance between the kitchen and the dining room that introduces some lag into the process. I usually have a lot of patience when dishes take their time coming out of the kitchen. However, waiting a long time for the order does raise one's expectations that freshly and carefully prepared plates will eventually arrive. These expectations are not really met at Shang Palace.

Barbecue pork chang fen, tasty but without the supple smoothness that we associate with really good rice roll: 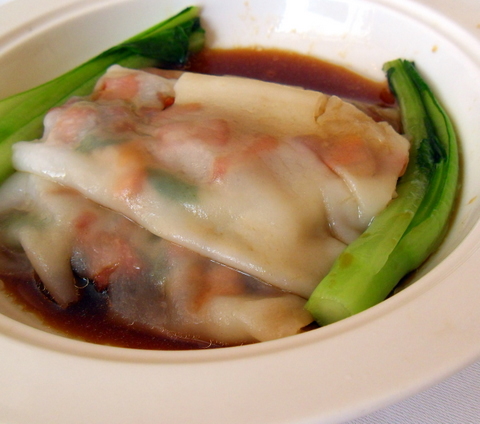 It's decent dim sum for the price (68 yuan each, plus service charge).
Posted by Pepper at 7:26 AM