A Noodle Shop in Pingle

Pingle is one of the small old towns that surround Chengdu. It's very close to Qionglai, so we had to try the nai tang mian (奶汤面) - noodles in a plain, milky white broth. 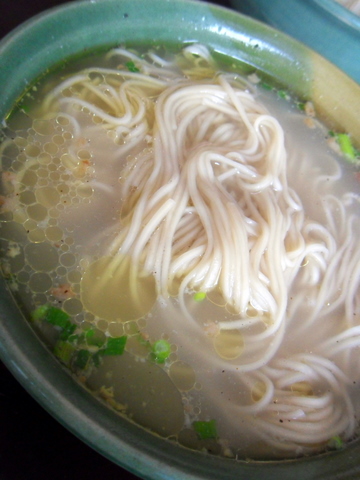 The menu had another kind of noodle we'd never seen before - jiu mian (揪面). They were pieces of noodle dough pulled off in chunks in a similar style to the 'mian pian' you get at the Lanzhou noodle shops. The texture was a bit rougher, though, which picked up the spicy oil nicely when we mixed them together. We loved them. Note the ground pork and lard on top: 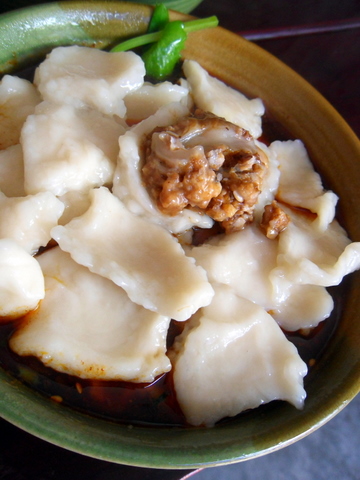 The noodle shop had self-serve pao cai (pickles), and an enormous pair of chopsticks to fish them out of the jar. 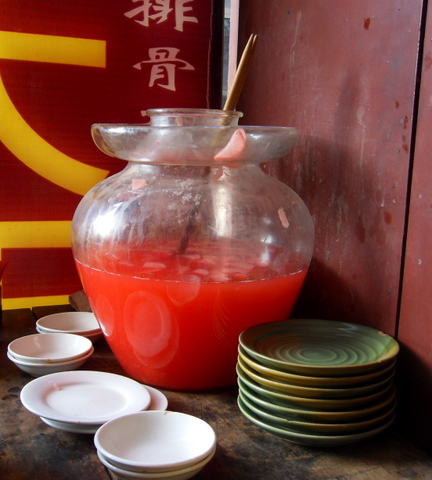 You could also snack on some spicy marinated chicken feet. 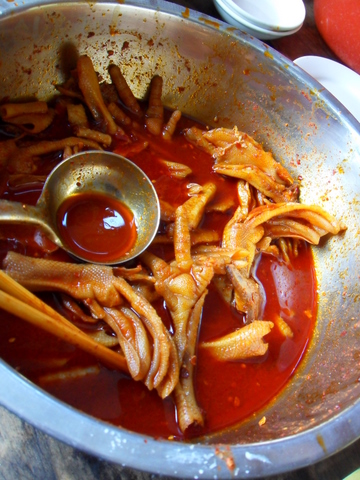 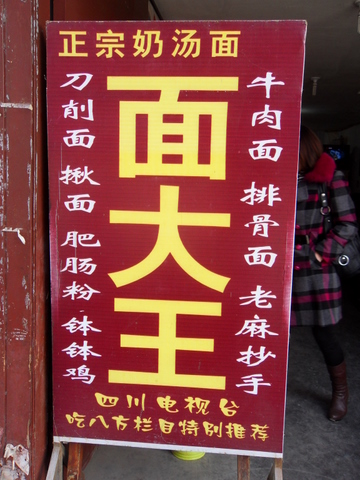 We loved Pingle and took tons of photos of the old buildings, though discovered it was a bit too far out to make a good day trip. We'll stay longer and take in more of the local attractions next time.

Labels: noodles, not spicy, other Sichuan, Y10 or less