Near Leshan, back in the 30's, there was a herbal medicine specialist who kept a pot of healing concoctions hanging over a fire by the river to sell to passersby. He noticed that rich houses would throw away some of the offal parts of beef into the river. Times being tough, he decided not to waste these parts and ended up collecting them, cleaning them, and putting some of them into the pot with the medicine. The resulting dish was so popular that people waiting to eat would stand, squat, or crowd on the steps with their legs crossed, hence the name crossed-leg beef (跷脚牛肉).

Crossed-leg beef falls into the 'tang guo' category, which means it's eaten almost exactly like you would eat hot pot, but is not really considered hot pot. This is definitely one of the trendier types of tang guo in town; I've noticed quite a few new crossed-leg beef restaurants this winter.

The soup is not spicy, but you can make up for that with your dipping plate. We had a choice of dry pepper, chopped fresh spicy pepper, or the normal sesame oil. I went with the dry red pepper: 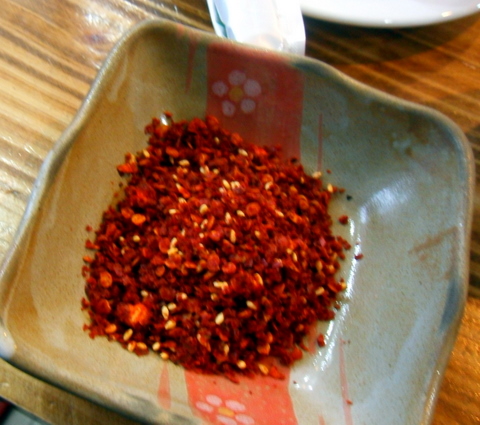 You can order from a list of beef offal as long as your arm. We tried tongue, niu liu, which is very tender, and niu jin, tendon. I would have ordered the beef tripe, but I didn't want to be the only one eating it. 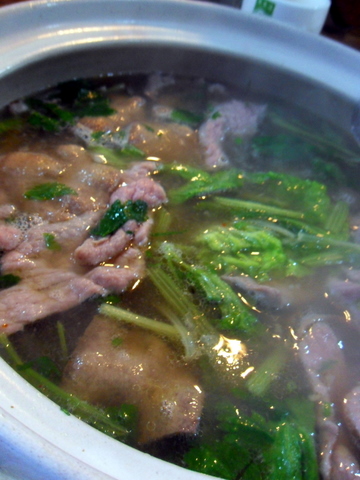 The soup was very good, the tongue was just ok. The 'niu liu' beef was fantastic and melted in our mouths. The tendon needed a little more time to boil and soften but it was also great. 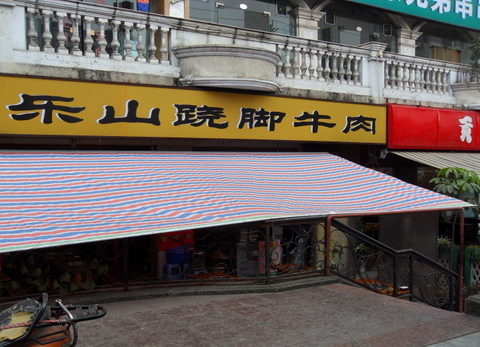