Soup dumplings seem to be known in the English speaking world as xiao long bao. However, ordering xiao long bao (a small basket of bao) in Chengdu will not often get you dumplings with soup inside. They are more often sold as tang bao (汤包, literally soup dumpling) or guantang baozi (灌汤包子, the Xian name). Really good soup dumplings I have not yet found; they are pretty obviously not a local specialty.

These photos are from a soup dumpling shop right outside the Nijiaqiao subway stop, on the west side of Renmin Nan Lu. Place setting (碗筷）: 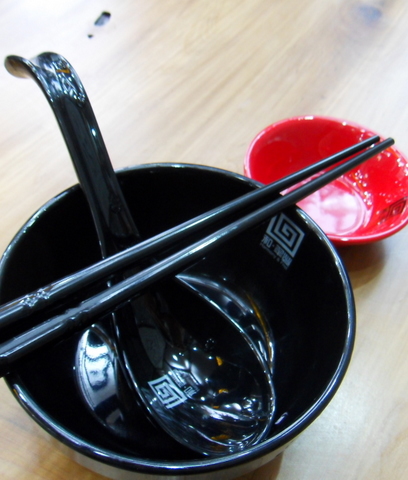 The place appeared to be a side enterprise of a higher end restaurant. Wooden benches and tables: 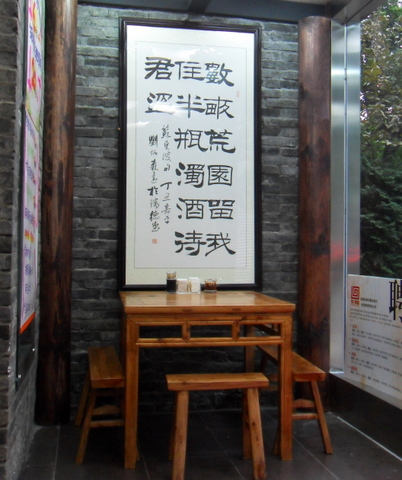 The dumplings were fresh, so not hard, and not broken. However, I thought the soup should be clearer. 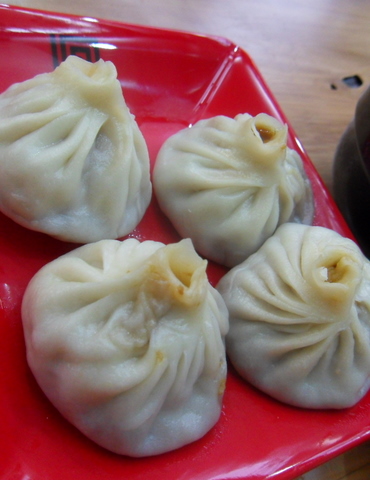 Location: to the right of the Nijiaqiao subway exit on the west side of Renmin South Rd.
Posted by Pepper at 2:58 AM