"This is called bing fenr", said the mother to her little girl beside me, who was spooning up a bowl of sweet jelly and syrup. We were on Shuwa Street downtown, inside a narrow shop that sells various varieties of cool summer snacks. I was glad of the mother's reminder since I have a tough time keeping the names straight.

冰粉 （bīng fĕn), with a few cubes of watermelon on top： 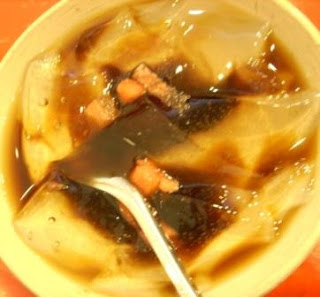 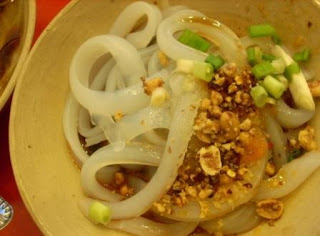 This was one unusual offering in the shop - a kind of sticky rice pancake. I expected it to be cold but it was heated piping hot before being sprinkled with sesame seeds and doused in syrup. I got over my disappointment since it was delicious. It's called 锅魁 guōkuí but was very different from any guo kui I'd previously encountered: 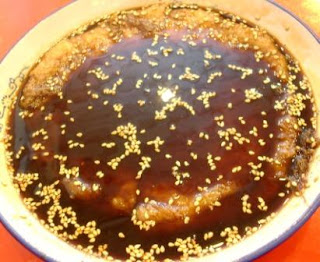 The place is always very busy. You are almost guaranteed to be sharing a table with someone. I am looking forward to going back for their 凉面 liángmiàn - wheat noodles tossed with seasonings, very hot; and for the 凉糕 liánggāo - smooth, cool rice flour based pudding, also doused in syrup. It's a good place to come for a treat after eating chuan chuan. Most snacks are Y3-Y5. 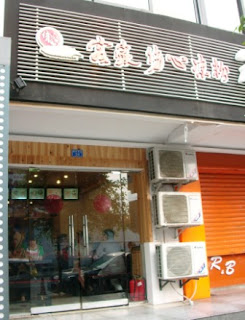