Shuwa Street is a narrow strip between Tianfu Square and Chunxi Road downtown. I used to love coming here because the alleys were full of street vendors. The street vendors are gone but there are now five or six little stores on the south section selling chuan chuan ( 串串).

Chuan Chuan is related to hot pot, but everything is on a skewer and the broth is always the same - numbing and spicy red. You pick out what you want and the servers cook it for you in one common pot. When you are finished they count up the number of skewers and you pay according to what you ate.

Fish cakes, krab, squid, tripe, bamboo shoot, pumpkin, chicken gizzard, kong xin cai, lotus root, enoki mushroom, cauliflower, pressed tofu, dried tofu, seaweed, lily buds, and wood ear mushroom were all on offer. (Note, if you feel like trying the lily buds, beware if they are opening like this. If they have pollen they are a little poisonous.) 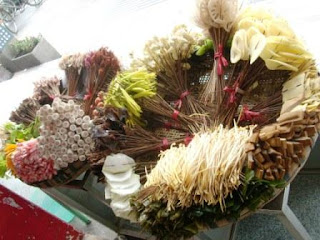 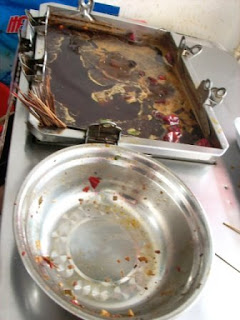 The server mixed up a you die - sesame oil, more hot pepper, green onions, a little garlic, and some msg. 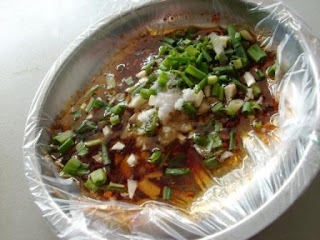 I got a cooling bowl of congee (稀饭) to eat with it. You can see the skewers piled up behind the tray. 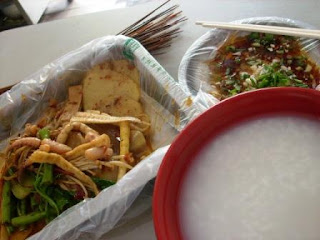 It tasted fine - I would have enjoyed a bit more Sichuan pepper ma, but that's just me. Each skewer is 2 mao each (1/5 of one yuan) but since they stick just a bite of food on each one it can add up to a lot. I also think the wily server inflated the stick count a bit. Storefront: 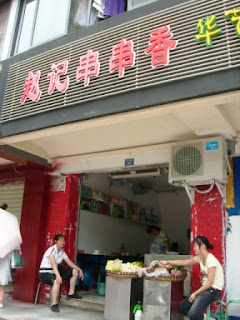 South Shuwa Street, I think it is #54. (暑袜南街 54 号) One of several chuan chuan places on the same block.