"Yao guai yao hong du!" called the server to the kitchen after I carefully pronounced my order of one liang strange flavour noodles and one liang of spicy stomach noodles. 怪味面 is another chain that can be found all around the city. Strange flavour noodles are just that - a flavour that is hard to describe. They are spicy and flavoured with seafood, but there is much more to it. I found what looked like a dried mussel in my noodles and asked the server about it. I didn't understand her answer (something niao?) but she told me it was just for flavour and not intended to be eaten. The spicy stomach noodles were quite similar to the strange flavour noodles, minus the seafood and plus more numbing Sichuan pepper. 怪味面, 红肚面; any guesses which is which? 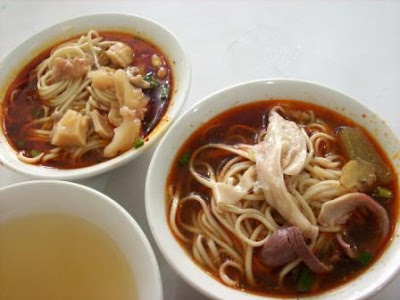 No drinks served but the bowls of starchy noodle water do a decent job of palate cleansing after all the spice and oil. I love how the menu divides everything up into 'red flavour' spicy dishes, and 'white flavour' mild. 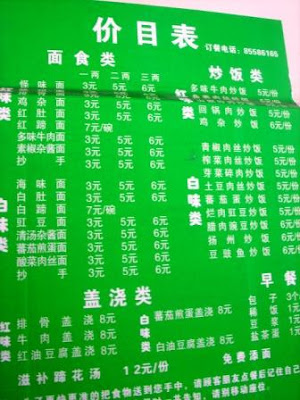