Most people when travelling like to eat a familiar breakfast, but breakfast food everywhere is basic, comforting, and economical.

Brunch for less than a dollar: soymilk, vegetable dumplings, an over-easy egg, and pao cai (pickles). 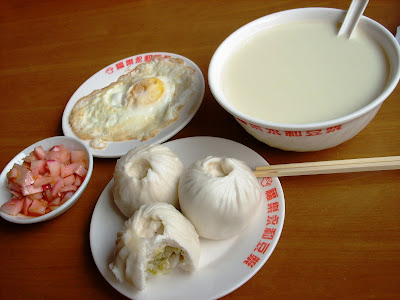 The mighty you tiao (long doughnut, not sweet). Dip it into your warm soy milk or congee. Twenty cents for you tiao and soy milk at this place. 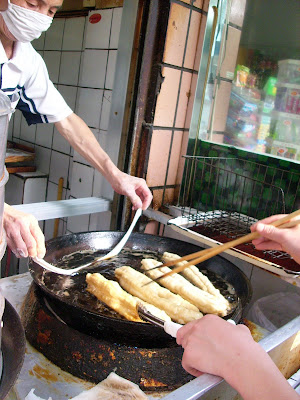 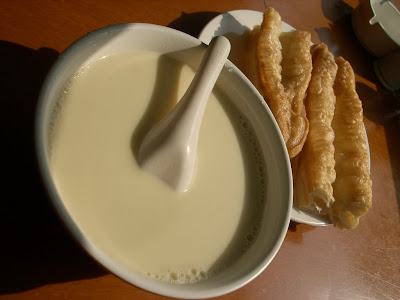 A plate of yumi rou bing (corn and ground pork cakes, dipped in egg and fried) to dip into a bowl of congee. 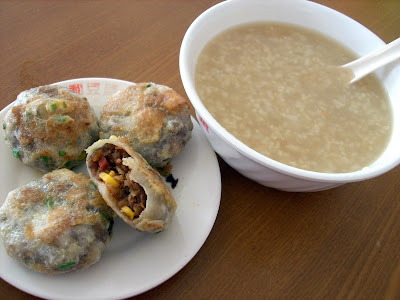 Earlier this week I asked a class of Basic English students how they would save money on food. I got some of the expected replies, like eat vegetables instead of meat and cook at home instead of eating out, but they had several more interesting suggestions:

Go on a diet.
Eat other people's food.
Look at pictures of food instead of eating.
Sleep later in the morning so that you end up eating fewer meals.
Posted by Pepper at 11:09 PM